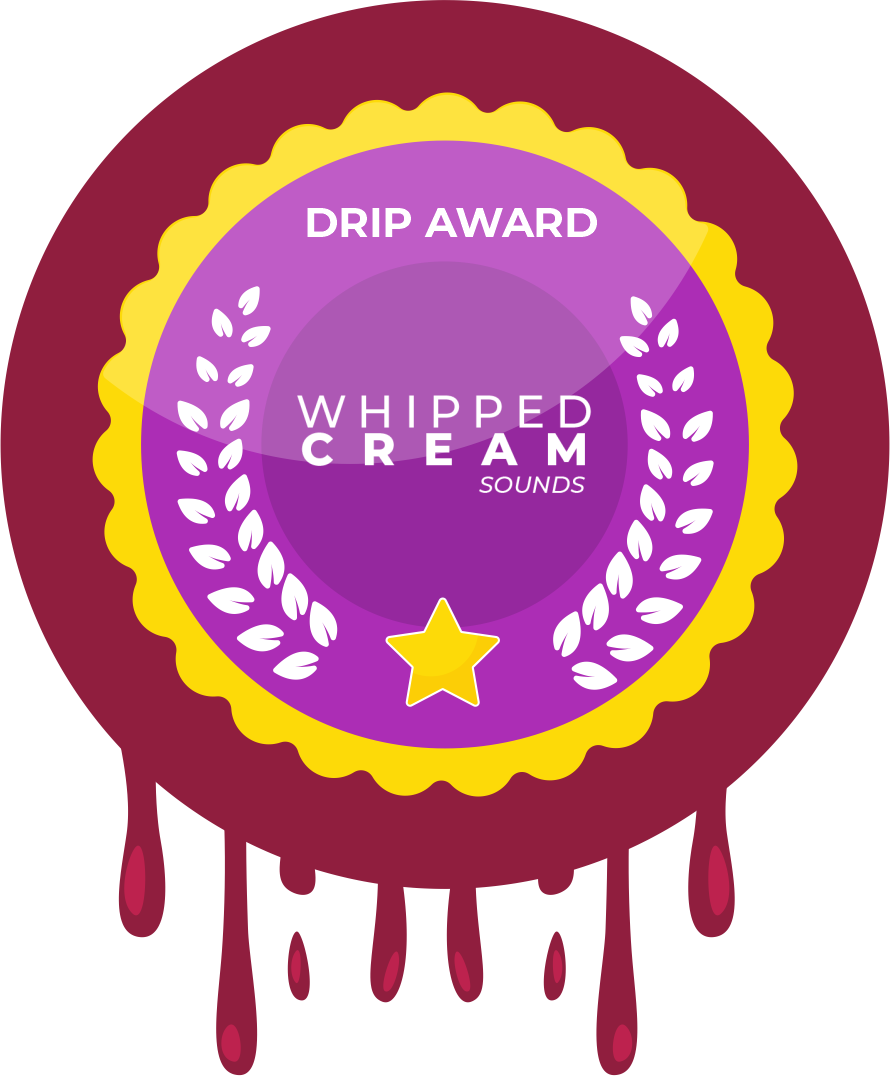 Dragon Fire is the most versatile multiband compressors we’ve seen. The push/pull compression, and the ability to change between classic analog styles is a delight. Dragon Fire is setting a new bar for audio compression. It’s truly remarkable.

❌ Preset browser is folder based, rather than built in.

✅ Push/Pull feature, allowing for natural compression that doesn’t ruin the tonal balance of your sound. For instance, 100% pull will add no additional frequencies to the signal, but keep your compression.

✅ A fantastically easy-to-use and beautifully laid out interface, with solo’ing, and tonne of useful options.

✅ Presets sound great on what they’re supposed to sound good on. The bass presets are especially good for acoustic bass.

Dragon Fire is one of the best compressor plugins to have been developed recently, and has the sole focus of pushing audio technology forward from the analog re-creation age we’re stuck in. But is it all that good?

In this article, we’re going to be reviewing the Dragon Fire compressor plugin to share everything, before you part with your hard earn music bucks.

What Is Denise Audio’s Dragon Fire

Dragon Fire is a multi-band compressor, with 2 EQ’s: one before the compression is applied, and one after it’s applied.

They call this the push/pull feature.

It’s an awesome plugin, and the push/pull tonal compression, honestly sounds awesome on pretty much anything.

The idea of the Dragon Fire, is to have all 3 of these features: Compression, & 2 EQ’s, so that you have multiple options in 1 plugin, preventing the need for a huge FX chain on your sounds.

While the last decade (or 2) has been mostly spent trying to replicate old compressors, Denise Audio have decided to take inspiration from old analog gear, but improve and adapt their plugins with the new music technology available.

Dragon Fire is focussed on being something entirely new and refreshing, while also incorporating all that analog warmth that you’d want from a compressor.

It really is an awesome time to be alive in the audio world.

How Does Dragon Fire Sound?

While we can tell you how great the features are yadda yadda yadda, we always think it’s best to include audio examples with their settings.

So below we’ve left some of our own settings on a number of different samples from our awesome Lo-Fi Hip Hop pack (coming soon).

Dragon fire used on all elements, with different settings to create space in the mix and also on the master to sweeten things up. Limiter used after the chain to increase volume.

Dragon Fire used to bring out certain elements. The large reverb pad was sidechained to the stab to provide space and make it more airy. Then the melody effect 8 bars in was also sidechained to the pad, so it could duck out of the way as the pad came back in, clearing the space hugely.

Dragon Fire used for parallel processing. Drive up 55%, RMS on full, curve 25%. Pull 100% for transparency and clipper on to add distortion. Adds a nice underlying crunch.

There are a tonne of cool features in the Dragon Fire compressor. Here we’ll cover them all in depth, let you know what they do, and whether they’re any good.

So we briefly mentioned the Push/Pull compression feature of this beast above, but wanted to go a bit more in-depth.

With the push pull compression, it basically acts as two separate EQ’s that you can apply to your compression.

Push – boosts the input signal in the certain frequency ranges you want it to. It’s pretty much the EQ graph on the Dragon Fire when you first open it up, and looks exactly like an EQ.

Pull – uses a percentage slider to add an inverse EQ on the output of your compression settings. This allows you to tonally compress your signal, without adding anything extra.

Operating the push feature is extremely simple. You use it exactly like you would an EQ to tame, or boost frequencies.

Push and pull, become very useful to workflow, once you realise the capability.

While that’s a minor workflow issue, it is really nice to have the simplicity of turning 1 knob and it doing exactly what you want it to.

One thing we didn’t like is the fact that you can’t edit the pull EQ.

In future updates and versions it seems like it would be a good idea to allow the ability to change where the inverse EQ acts in the frequency spectrum, so you could use it more as an individual EQ at the end of your chain.

Of course you can just put an EQ on the end, but the whole point of this is workflow.

The push pull compression sounds absolutely amazing, and you really can get some of the cleanest, most natural sounding compression we’ve heard.

We’d actually say it does a better job than the FabFilter Pro-C.

And it’s great to see a contender finally testing the FabFilter dominated market for clean mixing and mastering tools.

Shut Up and Drive (Saturation)

The drive feature inside Dragon Fire does exactly what it says it does: it adds drive to your signal.

You can add character to your sound by applying adaptive saturation to your signal. And, it works much like an old tube compressor circuit, according to Denise Audio.

This means that the more you drive the signal into the compressor, the more it’s saturated.

Mixing this will the push pull graph, you get a saturator, and tonal compressor that you can use to effect independent parts of the frequency spectrum.

If that’s not cool as f*ck, we don’t know what is.

It sounds amazing, and can add the crunch you’re looking for, for you bass, drums, melodies etc.

When applying it on drums, that’s where we really heard what this thing can do.

You can push it from 0 – 100%, and pushing it to the max, really adds a hell of a crack to drums – making them more crunchy, and snappy.

Along with the ability to independently affect certain frequency bands, we’re making this our new go-to compressor for literally everything.

The drive is exceptionally useful when applying parallel processing to your drums or other elements. Having the ability to add saturation inside the compressor is yet another workflow gem that Denise Audio have included for those of us that are too lazy to “get a real job”, and then even too lazy to then put in the effort to open multiple plugins eh? 😉

But all jokes aside, this thing is f*cking awesome.

The Curve setting is one we were quite blown away by. It allows Dragon Fire to change the curve response of the compressor, so you can literally change the style of compressor from OPTO or VCA.

And that’s not even the best part.

You can mix between these two styles, to give you a flavour of both compressors.

With Dragon Fire, you can now use classic, warm, analog compression, with a tonal twist!

If you want t0 test it out for yourself, you can grab a free trial over on their website, where you can use the compressor to the its full capability.

“For all of you who are interested in trying the plugin for yourselves, we offer a free unlimited usage trial which you can download from the website” – Denise Audio on White Sea Studio’s YouTube

The RMS feature allows you to blend between peak compression and RMS compression. This means you can add more punch to your compression, or extra transparency to you compression.

The flexibility of this is just incredible. You can change from SSL like compression to Tube like compression, depending on what you need, and you can mix between the two if you like.

It gives you so many combinations of different types of compression, that you really won’t need to use another compressor.

This is more of a taste feature, but if you’re an engineer, or particular about your mixing, you will find this incredibly useful.

Take a listen to these audio examples to make your own decision.

We personally love the feature, and it adds that extra depth of control to compression that you really want when mixing/mastering.

It’s one of those 1% sparkles that can make a hell of a difference to the end result of your mix.

This is pretty self explanatory. Is you don’t know what knee does in compression, then you might want to check out our ultimate guide to compression.

Clipper… No Not Your Lighter, You Addict

The clipper, clips your audio and adds distortion to your compression settings. Used alongside the drive, curve, and RMS settings, you can get some fantastic snappy parallel compression results.

Using this feature adds all kinds of grit to your audio signal, by keeping the signal below a hard cut level.

We’re not sure whether this is hard clipping or soft clipping, but it sounds f*cking cool.

Use it to add a layer of distortion to your bass, drums, or melodies to really make them stand out in your mix.

Dragon Fire is one of the most versatile compressors we’ve come across.

There’s so much you can do all in one plugin, and we should all personally thank Denise Audio for their attention to detail inside this unit.

This has been one of the most interesting compressor plugin reviews we’ve ever done here.

On thing we didn’t like is the fact that you couldn’t change the inverse EQ at all.

I know this sounds counter intuitive, and you might be asking why you’d want to, but it all comes down to workflow. The EQ is intended to pull the added frequencies back, and it’s great at doing that.

We think it should still do that, but also have the ability to alter the curve slightly, to EQ your after compression even more.

Another thing is a preset browser window included.

This is minor, but having to open up a folder to find your presets kinda hampers workflow in a plugin that is supposed to be workflow driven.

Having an in-built preset browser is small, but would make the plugin much more user-friendly. Being able to add favourites, tags etc would round it off to be a nice all in one workflow beast.

Like we said, these are pretty minor issues. The plugin is f*cking great. But there’s always something to improve on in even the best plugins.

Dragon Fire is the most versatile multiband compressors we’ve seen. The push/pull compression, and the ability to change between classic analog styles is a delight. Dragon Fire is setting a new bar for audio compression. It’s truly remarkable.

The Dragon Fire multiband compressor/saturation/clipping/EQ unit is one of the coolest, flexible compressors we’ve ever come across.

Not only does it offer multiband compression, but a plethora of other options and even a choice to switch between different style compressors.

If you want to grab a new plugin that handles gain reduction in a magical way, then the Denise Audio Dragon Fire is one you’ll want to keep your eyes on.