Home Reviews Accusonus Era 5 Bundle Review
*This post may have affiliate links. When you purchase through these links we will receive a commission. It helps us keep the lights on here and keeps what we do free :). Check our affiliate disclosure for more info

Accusonus have recently come out with one of the best audio repair bundles on the market.

Whether you’re a bedroom music producer, an avid podcaster or a post production professional, the Accusonus Era 5 Standard bundle is a great purchase.

Great sounding and extremely easy to use, they are perfect for getting your damaged audio to a professional level.

The ERA 5 bundle comes with four new plugins, in addition to the ones that were available in the previous iteration of this awesome bundle!

It’s also necessary to mention that we’re reviewing the Standard edition of the bundle. With Pro and Post Production packages also available.

So let’s just jump in and see what they’re all about.

So, what do you get from the Era 5 bundle Standard?

We’re gonna review all of them here!

I’d like to start off with one of my favourites, the ERA Noise Remover plugin.

This is easily the best solution to a noisy recording.

Imagine, you wanted to record a podcast, but your room just doesn’t sound good…

There’s cars outside, the AC is on – it’s just not a great recording environment.

Like all of the plugins in the ERA 5 bundle, Noise Remover is a “one-knob” style plugin, that’s as easy to use as turning a single knob.

You get 5 different “Focus” options, to tailor the plugin to what your audio is asking for.

The Hum/Buzz control will let you get rid of persistant drone sounds, like your AC, or a loud computer fan.

In addition to that, like all of the plugins on this list, it’s got a real handy A/B control to quickly and easily compare unprocessed and processed audio.

For the next plugin on the list Voice Deepener is a godsend to bedroom producers, but might be useless to professionals.

This one’s simple, if you recorded a vocal track, and it just sounds thinner than it does in real life Voice Deepener thickens that boy up.

It’s perfect for somebody who doesn’t own a really high quality mic, and just wants to retrieve some “missed” low end information.

Accusonus’ suggest staying between 20-60% of the processing knob, for a natural result, and we’d have to agree with them.

Any more, and vocals start to sound a bit James Earl-Jones-y, but hey, that might be exactly what you’re looking for.

In addition to the singular Processing knob, you also get to choose between a “Normal” and “Punchy” mode.

The Normal mode is self explanatory, it just does what it says on the tin, whereas the Punchy mode adds some compression and limiting to your vocal for better pop in your mixes.

We have to be honest. This is our least favourite plugin of the bunch (which is not to say it’s bad)

We didn’t find much use for it because we mostly work with music, whereas Voice AutoEQ is absolutely PERFECT for a podcast or movie dialogue.

When first opening the plug-in, it asks you to let it listen to 8 seconds of your dialogue so that it can get a broad idea of what it needs to do.

You get to choose and mix between Body, Clarity and Air modes, as well as manipulate the intensity of the effect.

The Clarity controls all your nasal-y vocal ranges (around 2k-4k Hz) and, as it says on the box, helps achieve clarity in your dialogue.

The Air controls the upper-most range of the frequency spectrum, essentially applying an intelligent high boost, there’s no better way to say it, than, it makes your dialogue more air-y.

And lastly, the Body is very similar to Voice Deepener, affecting the lower ranges of the frequency spectrum and enhancing the body of your dialogue.

Another favourite of ours, is Voice Leveler, and it’s something I wish I had years ago.

If you’ve been in the situation, you know how difficult it is for some vocalists to stand at the same distance from the microphone for the whole recording.

Ah, just remembering the hours we’ve spent on manually levelling out a vocal, gives us shivers.

Voice Leveler helps with that MASSIVELY, and not only that, the breath control also helps smooth out any weird and unwanted breaths.

A thing you’ll have to be aware of, is that Voice Leveler also tends to bring out the background noise in addition to the vocal, so using this with Noise Remover is key.

If you nail the combination of the two plugins, I promise your vocals will sound miles better.

I guess you expected a longer explanation, but that’s essentially it. It does what it’s meant to

And it does it incredibly well.

Oh what a game-changer this one is…

How many times I’ve gotten stems to mix, and the vocal has been recorded in a horrible, untreated room with tons of unwanted reverb.

Before I got Reverb Remover, I would’ve been absolutely stuck.

Yes there are ways to try and reduce the reverb with gates and EQ’s, but nothing works as well as this has, and again, it’s JUST ONE KNOB

In addition to the singular knob, you also get 5 Focus modes to pin-point the plugin where you want it to be, as well as an Automatic option, if you don’t want to bother even with those.

A good De-Esser is an absolute necessity for anyone who works with vocals.

And I mean Everyone.

De-Esser helps you tame the sibilance of your vocals. (the S, T, F sounds) and the Accusonus version is quite a cool little de-esser plugin.

In addition to the singular processing knob, you also get two modes, a Normal and Broad mode.

Normal mode works exclusively for the higher ranges of your vocal, like a standard De-Esser, whereas the Broad mode extends the frequency range a bit lower to help with the really persistent S’s

My favourite feature of the Accusonus De-Esser is the DIFF button, which solo’s only the audio that the plug-in is removing to accurately check what it’s doing.

Which is incredible if you’re one of those people that turns plugins on and off to check if you can hear the difference.

This is one of the plugins that, along with Reverb Remover seems like magic to us.

It’s almost unbelievable how well it works on clipped audio, almost like De-Clipper goes back in time and turns down your pre-amp gain.

The plugin has 2 de-clipping types one for softer, and one for more heavily clipping and distorting audio.

In addition to this there’s a Normal and High quality option to choose from, however, unless you’re limited by your CPU, we suggest leaving it on high for better quality.

In our testing we were stunned by how well De-Clipper handled a hot audio signal. It blows the massive RX series of plugins from iZotope out of the water.

TIP: If your output is flashing, that means you have de-clipped too much, to the point that it’s clipping again.

Similar to the De-esser, which removes sibilance, Plosive remover does just that removes plosives.

(They’re all the B, P and T noises that sound like the vocalist spitting in your face)

Once again, the singular processing knob is accompanied by a Normal and Extreme mode.

We suggest only using the Extreme mode rarely, since Normal usually accomplishes the desired outcome quite well.

And just as the De-Esser, Plosive Remover also has a DIFF button, to solo just the sound that’s being removed.

Which is extremely useful if you ask us.

The all new Accusonus Audio CleanUp Assistant is a plugin that serves as a host for all other ERA 5 plugins.

Sometimes just using a Noise Remover isn’t enough, and your audio is just way too damaged to be easily fixable.

That’s where Audio Clean Up Assistant comes into play.

You have a chain of 5 slots to insert the plugins into, as well as 18 presets to choose from.

A bit more situational than any of the other plugins on this list, but heck if it’s not useful.

In terms of workflow, it’s also much easier to use if you’re using more than one Accusonus plugin on a track.

A great new addition to the bundle, that wasn’t especially necessary, but is very welcome.

Who/What is The Era 5 Bundle For?

The Accusonus ERA 5 bundle is an extremely versatile plugin bundle.

While aimed primarily at voice recordings, a lot of the plugins also work on non-vocal tracks.

Considering this, if you work with vocals regularly, whether you’re a Music Producer, a Podcaster, or just simply have a lot of noise in your recordings, you definitely need ERA plugins.

And my god, Reverb Remover is so useful!

The drawback however is the same as what makes these plugins so great.

It’s just one knob, so if you’re looking for razor sharp precision and customizability, ERA 5 isn’t for you.

However, if all you want is to just plonk a plugin on and get it done, without any faffing about look no further.

However, if you don’t have a couple hundred to spare, Accusonus offers a pay-as-you-go option.

A free trial is also available, if you’re still on the edge of not really knowing if you need it.

The Accusonus ERA 5 bundle is an amazing collection of high-quality products, that don’t break the bank.

If you’re working with vocal music production on at least a semi-regular basis, you’ll benefit a great bunch from the bundle.

The one knob functionality is always fun to see, and it’s great if you just want to get the job done, without spending an hour on tweaking settings.

The Accusonus ERA 5 standard bundle gets a solid 8/10 from us!

Audio repair has never been this easy.

Want to find out other plugins we think are cool? Check out our list of the top 50 plugins of 2020! 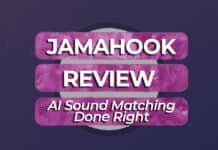 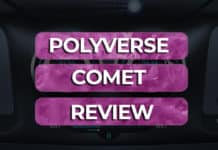